Home Blog NBA Teams Without A Championship: Who Are They?

The NBA championship is the ultimate objective of any NBA team. However, not every team has achieved this prestigious title. The reason is sometimes that they are new franchisees and because the goddess of luck hasn’t smiled on them yet.

There are 11 active NBA teams that never won a championship, accounting for 36% of the League. These teams include; the Pacers, Nets, Hornets, Jazz, Grizzlies, Suns, Clippers, Pelicans, Timberwolves, and the Denver Nuggets.

There are many reasons, both objective and subjective, leading to such a result for each team. Maybe it’s because they still don’t have the right personnel or the wrong training. To learn more details, explore in this article with Langley Rams.

The 11 NBA Teams Without A Championship

Let’s find out the list of teams that have yet to own NBA championships and their reasons in this section. We’ll start with the Indiana Pacers.

You may be wondering why the Oklahoma City Thunder doesn’t make this list. The truth is that even though Oklahoma was never an NBA champion, the team won the SuperSonics as Seattle. 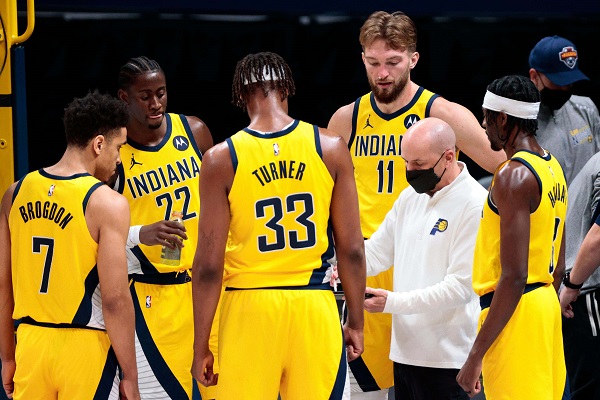 With three ABA championships, the Indiana Pacers have a history of great success. Things only changed when the ABA and the NBA merger took place in 1976.

In 2000, the Indiana Pacers managed to advance to the NBA finals. Their opponent was the Los Angeles Lakers with the appearance of superstar players Kobe Bryant and Shaquille O’Neal. In the end, they had to stop.

The Brooklyn Nets, formerly known as New Jersey Americans, have also won two ABA championships but have yet to receive an NBA title. The team had two NBA finals appearances in 2002 and 2003, respectively, but lost to the Los Angeles Lakers and San Antonio Spurs.

When the team took over the management of the new owner, Russian billionaire Mikhail Prokhorov, they tried to change the situation by trading with former Boston Celtics stars. Unfortunately, that investment ended up being one of the most failed missions in history.

Learning from the failures, the Brooklyn Nets decided to change their personnel structure once again. The franchise’s future is promising with Kyrie Irving and Kevin Durant in the organization.

View more: How many players are on a basketball team

The history of the Charlotte Hornets is quite complicated. The team played 14 seasons in Charlotte from 1988 until moving to New Orleans. In 2014, the franchise had an official name until now.

Michael Jordan, the owner of six NBA championship rings, is the official team owner here. Even so, he still has not been able to bring this team to the top of glory like he used to be. So far, the Hornets have not earned the conference title, let alone a division title.

It still seems too complicated for this team to enter the NBA finals in the future. 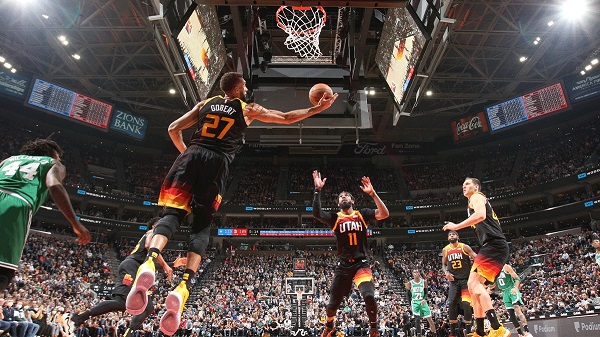 It seems that many of the NBA teams that never won a championship on this list all have the same problem. They had to face a great competitor in the 1990s, Michael Jordan and the Chicago Bulls. With the combination of the versatile duo John Stockton and Karl Malone, this team was able to have more titles.

They had won the Western Conference finals in 1997 and 1998. However, they were stopped by the Bulls in the NBA finals.

In 2007, the Utah Jazz again reached the Western Conference finals but lost to the Spurs in a five-game series.

Since joining the new NBA as an expansion team in 1995, the Memphis Grizzlies have remained a force to be reckoned with. Sadly, they have not once touched the prestigious NBA championship ring. Between 2010 and 2017, the Grizzlies were one of the most challenging and most resilient forces teams faced in the NBA playoffs.

The team has experienced some decline in form as it reshuffled its entire core roster. Now, the Memphis Grizzlies must try to return to their former position. Many people think that the team can slow down to strengthen their players.

The Grizzlies will return to being a familiar name in the playoffs like in the past with the proper training and development.

Since joining the NBA as an expansion team in 1968, the Phoenix Suns have had two NBA finals appearances but lost both.

Their first final opponent was the Boston Celtics in 1976 in a series of historic triple-overtime matches. The Celtics won and took their trophy tally at the time to six.

The Phoenix Suns entered another three-round match after 17 years and faced the Bulls in the final. They beat Michael Jordan in that game but returned in the next six games. In the following years, the combination of Amar’e Stoudemire and two-timer MVP Steve Nash made the team extremely interesting.

We hope to see this youth team appear more in the playoffs in the future. 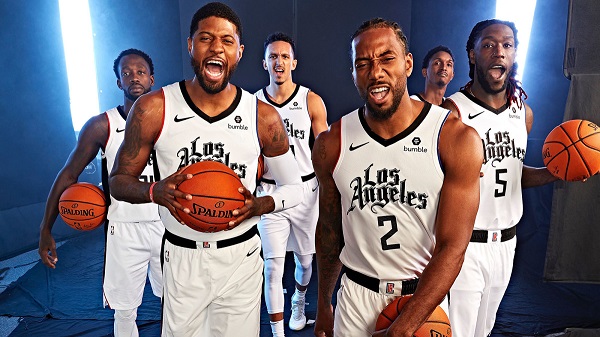 The Los Angeles Clippers shared the stadium with another extremely famous team, the Los Angeles Lakers. However, unlike their brother, who won multiple championships, the Clippers have never once stood on top of glory.

With the appearance of dynamic duo Paul George and Kawhi Leonard in the 2019-2020 season, the team seems to have the ability to win the NBA title. Unfortunately, that year’s NBA finals were a confrontation between the Lakers and the Miami Heat.

In discussing the Charlotte Hornets, we also mentioned a few characteristics of the New Orleans Pelicans. But again, the New Orleans franchise dates back to 2002 when the Hornets moved to Charlotte.

After Anthony Davis moved to the Lakers, the team suffered a drop in form. In the 2019 NBA draft, they selected superstar Zion Williamson in the first pick. Even so, his injury makes it difficult for this team to progress deep into the NBA finals.

This team is still a formidable team, so that we can expect more from them in the future.

The Minnesota Timberwolves had a star as talented as Kevin Garnett in the 1990s, but they still didn’t make it to the NBA finals. Their best achievement was winning the Western Conference finals in 2004.

In 2007, Kevin Garnett transferred to the Celtics and won the NBA championship with Ray Allen and Paul Pierce. And the Timberwolves once again lost another chance to get off this list.

It looks like the loss of Kevin Garnett took a toll on the Timberwolves. The unfortunate truth is that when this superstar was active, the LA Lakers were dominating the league. They also faced the San Antonio Spurs at its peak and other strong teams in the early 2000s. 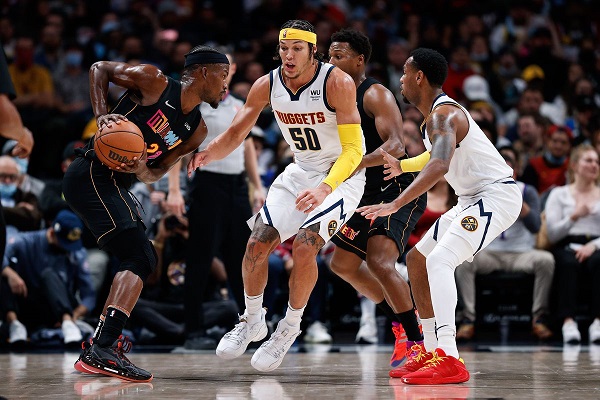 Although the Denver Nuggets are also part of the ABA like the Brooklyn Nets and Indiana Pacers, they have yet to win any ABA championships. They won several divisional titles and made it to the Western Conference Finals in the 1980s.

Thanks to bright faces like Alex English in the 80s and Carmelo Anthony, the team has reached the playoffs quite a few times. They have yet to make it to any NBA finals.

Here is the complete list of NBA teams without championship in league history. We hope that this article has given you a new perspective. A few teams still have a remarkable lineup, just lacking a bit of luck. Will they be able to pop up to put their name on the list of future champions? Let’s wait and see.

Thank you for reading. Don’t forget to share this article if you found it helpful.