We often call soccer the king sport because of its worldwide popularity. So it’s no wonder that footballers are the highest-paid people in the world. Their source of income comes not only from the matches but also from their advertising contracts.

The factors affecting the total earnings of soccer players can be related to objective and subjective factors. To learn more about them, let’s read this article! 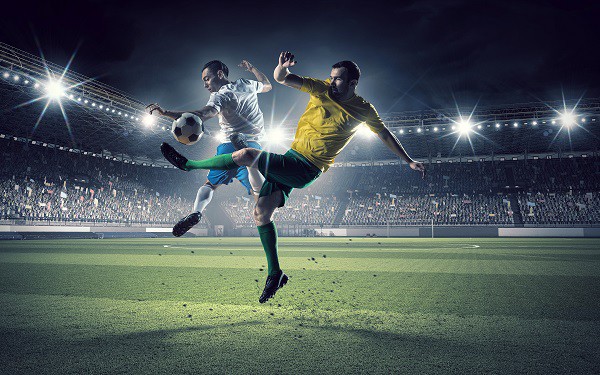 There are many factors to determine the soccer player salary

The player’s base salary will be discussed and agreed upon by themselves and the club. Paying time is no different from other professions. Typically, a footballer’s earnings will be delivered bi-weekly or semi-monthly.

View more: How many players on a soccer team?

However, that amount is not their total earnings yet. Through various rewards, soccer players also receive additional income. They mainly come from appearances, goals, and trophies achieved in a season.

The soccer players also own the rights to the relevant images, advertisements, and business endorsements.

Competence plays an essential part in deciding your salary. However, there are still a few other factors, such as gender or your club.

FC Barcelona and Real Madrid were once the two highest-paying clubs in the world.

The popularity of the league is also a critical factor in determining the salaries of soccer players. Usually, players in the European Premier League will receive very high salaries. Chinese clubs like Shanghai Sipg also pay a high salary for players.

How Much Do Soccer Players Get Paid In Different Leagues?

To know more accurately about the earnings of soccer players in a week, we need to learn about the leagues they participate in. Langley Rams has selected the four most significant soccer leagues on the planet to analyze with you. 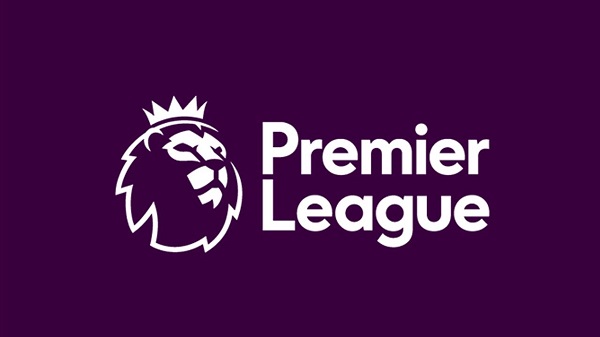 The Premier League is a famous soccer league in England

Despite the difficult economic situation due to the Covid-19 pandemic, the income of football players in the Premier League is still at an astounding £50,000 per week.

With famous players, that number can be much higher. Forward Alexis Sanchez can earn £350,000 a week. Even for every match he participates in, the bonus is up to £75,000.

Other colleagues at Manchester United also have surprisingly high salaries. David De Gea can make £200,000 a week, compared to £290,000 for Paul Pogba.

For players with high form and popularity, they can bring in £80,000 weekly.

Of course, not all salaries are created equal. Whether you’re a professional soccer player, this league divides it up into stages. The lower you go, the lower your salary will be. 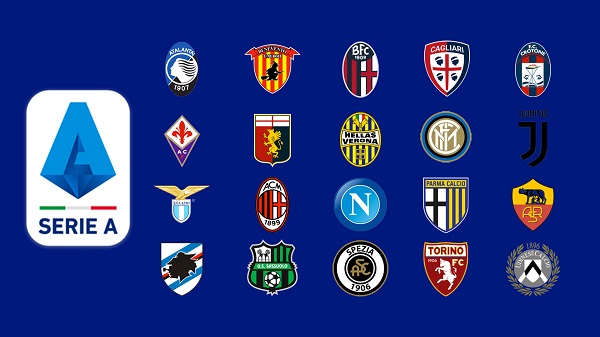 The Italian league – Serie A

There is a difference in the wages of soccer players between different clubs in this Italian soccer league – Serie A. In recent times, La Vecchia Signora or Juventus are the names that have dominated this Italian league.

The star players at Juventus have a very decent salary. Star Cristiano Ronaldo joined the club in the summer of 2018. Since then, he has earned €565,000 weekly. An impressive number!

However, not every club can afford to pay such a large amount. Chievo Verona’s top player, Emanuele Giaccherini, received just €13,000. Unpopular teams often pay less than €10,000 per week for players.

Not every team in La Liga has achieved great success like FC Barcelona and Real Madrid, so the salary for professional soccer players here is also a big contradiction.

For example, the top player Gareth Bale of Real Madrid can bring in up to €400,000. This figure is after deducting personal income tax. Captain Sergio Ramos also received €200,000.

Even so, the average salary of most of the remaining players does not exceed €70,000. At lesser-known clubs like Rayo Vallecano, the number can be much lower.

Do you know who the soccer player with the highest pay is? According to Forbes, they are Lionel Messi, Cristiano Ronaldo, and Neymar Jr.

In this section, we will dig deeper into how much money is made by top soccer players. Now, shall we continue? 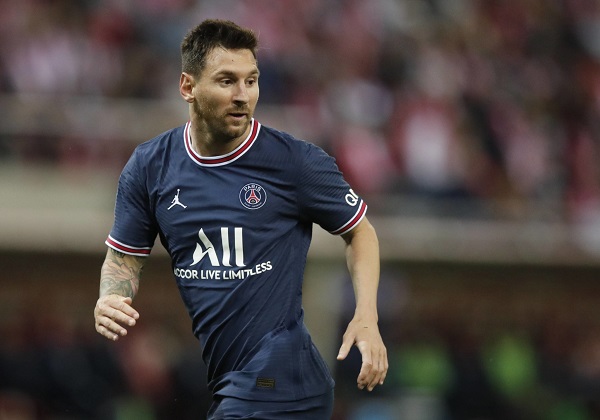 Lionel Messi is one of the greatest players in the world right now, and we fully know that he deserves a huge salary.

With an incredible transfer deal in recent times, the Catalan hero has brought himself a new PSG ace title. Although it is still too early to say anything, indeed, the salary that the French club pays Messi will not be mediocre.

After deducting personal income tax, Lionel Messi has signed a contract worth £25m per year with PSG. He also gets bonuses, registration fees, and appearance fees. All of them make Lionel Messi’s total earnings likely to exceed the million-a-week milestone.

With sponsorship endorsements from Adidas and Pepsi, he pocketed an additional £25m.

Although Cristiano Ronaldo is nominally a Manchester United player, we will take the parameters while still at Juventus for analysis.

With the position of the football player with the most followers on Instagram, the weekly salary of Cristiano Ronaldo is certainly not low. He gets extra earnings from his CR7 brand. In addition, Ronaldo also received sponsorship from Nike and Herbalife.

While at Juventus, Ronaldo’s average weekly salary could reach £900,000 per week. However, he has negotiated a new contract with the Red Devils with a salary of around £480,000.

This figure may seem low, but it is still the highest salary in the Premier League.

Neymar Jr., the clumsy Brazilian boy, increased the money in his bank account with a transfer to PSG. Each year, he receives a salary of up to 30 million pounds.

Even so, the personality and troubles surrounding Neymar create a lot of controversies. Maybe that’s why he doesn’t get many promotional deals despite being in the top players. 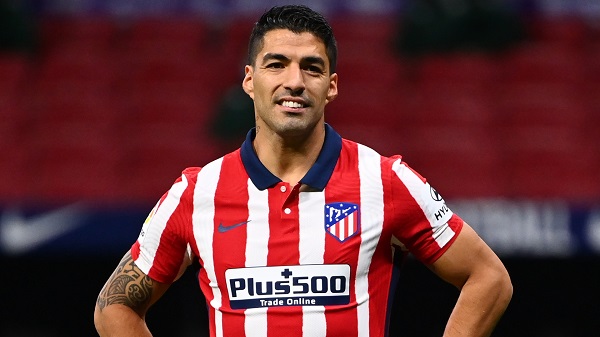 Luis Suarez, the former Barcelona star, is having a great time at the club that once haunted him – Atletico. The transferred contract with his low price has caused much controversy. However, Suarez smashed doubts by taking Atletico to the La Liga title shortly after.

With the current payday, the 34-year-old star can be proud of his performance.

Antoine Griezmann is the fifth star in the list of top soccer players with the highest-paid worldwide. At £2.9m per month, the versatile striker is the highest paid in Barcelona, period.

However, we all know about the difficult financial situation of the Catalan club. Therefore, the future of Griezmann is currently still a mystery.

Despite having declined in his career, the Welsh superstar is still a top player in the world today. However, he is currently playing at Tottenham on loan for the 2020/21 season.

Being a big name of Adidas also gives him a high income in addition to a basic salary.

Another star of PSG appeared in this ranking. The next leader of the young generation, Kylian Mbappe, has a lot of hope for his breakthrough in the future.

He is the face of the cover of FIFA 2021 and one of Nike’s brightest names. 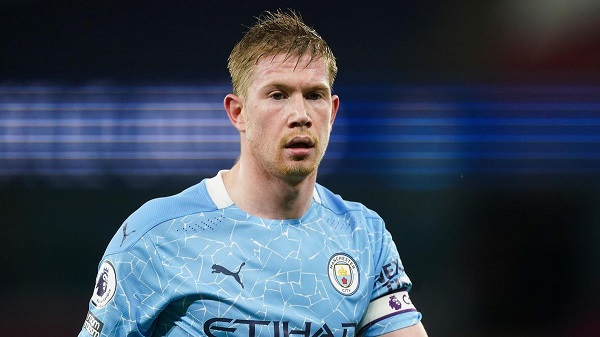 De Bruyne’s new contract with Man City until 2025 places him in eighth place on the list. Fans are excited about this as this is the peak period of his career.

Manchester United has paid very well for their goalkeeper, David De Gea. He is also one of the highest-paid players at the moment.

The 2020 Player of the Year award for Robert Lewandowski proved why he is Bayern Munich’s highest paid soccer player.

There is a significant disparity between the average soccer player salary and the salary of the top players. However, there are good reasons for those numbers.

A high salary will come with equally great responsibility and talent. Hopefully, the article has provided you with useful information. Thank you for reading!